Electric Vehicles to Reduce Your Carbon Footprint: How Individuals and Churches Can Make a Difference

A carbon footprint is the total amount of greenhouse gases (including carbon dioxide and methane) that are generated by our actions. The average carbon footprint for a person in the United States is 16 tons, one of the highest rates in the world.

Transportation accounts for about 29 percent of total U.S. greenhouse gas emissions.  A typical passenger vehicle emits about 4.6 metric tons of carbon dioxide per year (EPA-420-F-18-008, March 2018).  In addition to carbon dioxide (CO2), automobiles produce methane (CH4)and nitrous oxide (N2O) from the tailpipe and hydrofluorocarbon emissions from leaking air conditioners. The emissions of these gases are small in comparison to CO2; however, the impact of these emissions can be important because they have a higher global warming potential (GWP) than CO2.  A vehicle that operates exclusively on electricity (an EV) will not emit any tailpipe emissions. A fuel cell vehicle operating on hydrogen will emit only water vapor.

On Monday, May 23, 2022 PEC hosted a webinar on the growing popularity of electric vehicles, what it is like to buy and own an EV, and the story of a church that has installed two charging stations to encourage the purchase and use of EVs.

Helpful background reading: Ending the sale of gas cars by 2030 was a radical idea. What changed? 7 factors driving the switch to electric vehicles (Grist, May 2, 2022) and “US Electric Vehicle Sales Soared in First Quarter, while Overall Auto Sales Slid” Inside Clean Energy, April 28, 2022

Chris Burger holds degrees in Chemical Engineering, Sociology, and Economics. He owns his own software development company and is now working part-time as Co-Stated Clerk of Presbytery of Susquehanna Valley. He started the first Weatherization Program in the United States (1977). Chris was a member and former chair of the Eco-Justice Project and Network and contributor to the1989 PCUSA resource report: Keeping and Healing the Creation. Chris designed and built a zero carbon footprint home for his family in 1978, and is a proud owner of a 2021 Ford Mustang Mach-E electric vehicle.

Mark Eakin worked for the National Oceanic and Atmospheric Administration for over 25 years and directs Coral Reef Watch, a program that 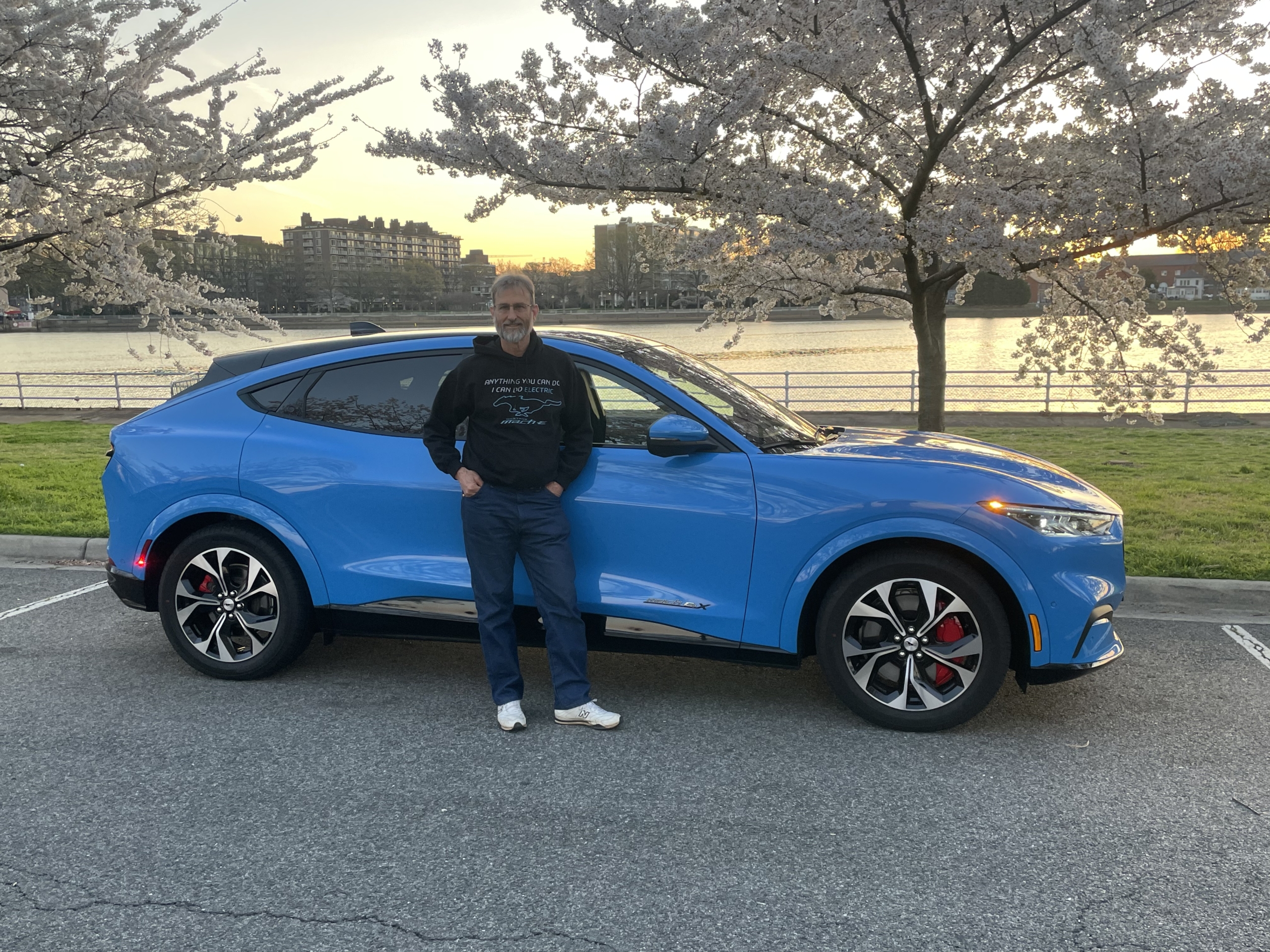 monitors coral reef ecosystems through satellite and in water observations. Dr. Eakin holds a Ph.D. from the University of Miami and publishes on coral reef ecology, especially the impact of climate change on coral reefs, coral bleaching, ocean acidification, and coral paleoclimatology. He formerly co-chaired the US Coral Reef Task Force’s Climate Change Working Group, has testified before Congress on the impacts of climate change, was a contributing author on the 2014 Intergovernmental Panel on Climate Change Assessment Report, and a Chief Scientific Advisor for the 2017 Sundance-winning film Chasing Coral.  Dr. Eakin taught the most well-attended seminar at the 2021 PEC Conference, and presented an evening program for PEC on the latest IPCC report and a program for PEC on the COP26 in November.  Mark received the 2021 William Gibson Eco-Justice Award from PEC.  He owns a Ford All-Electric Mustang Mach-E and Ford All-Electric F-150 Truck.

Paul Heins is a membe 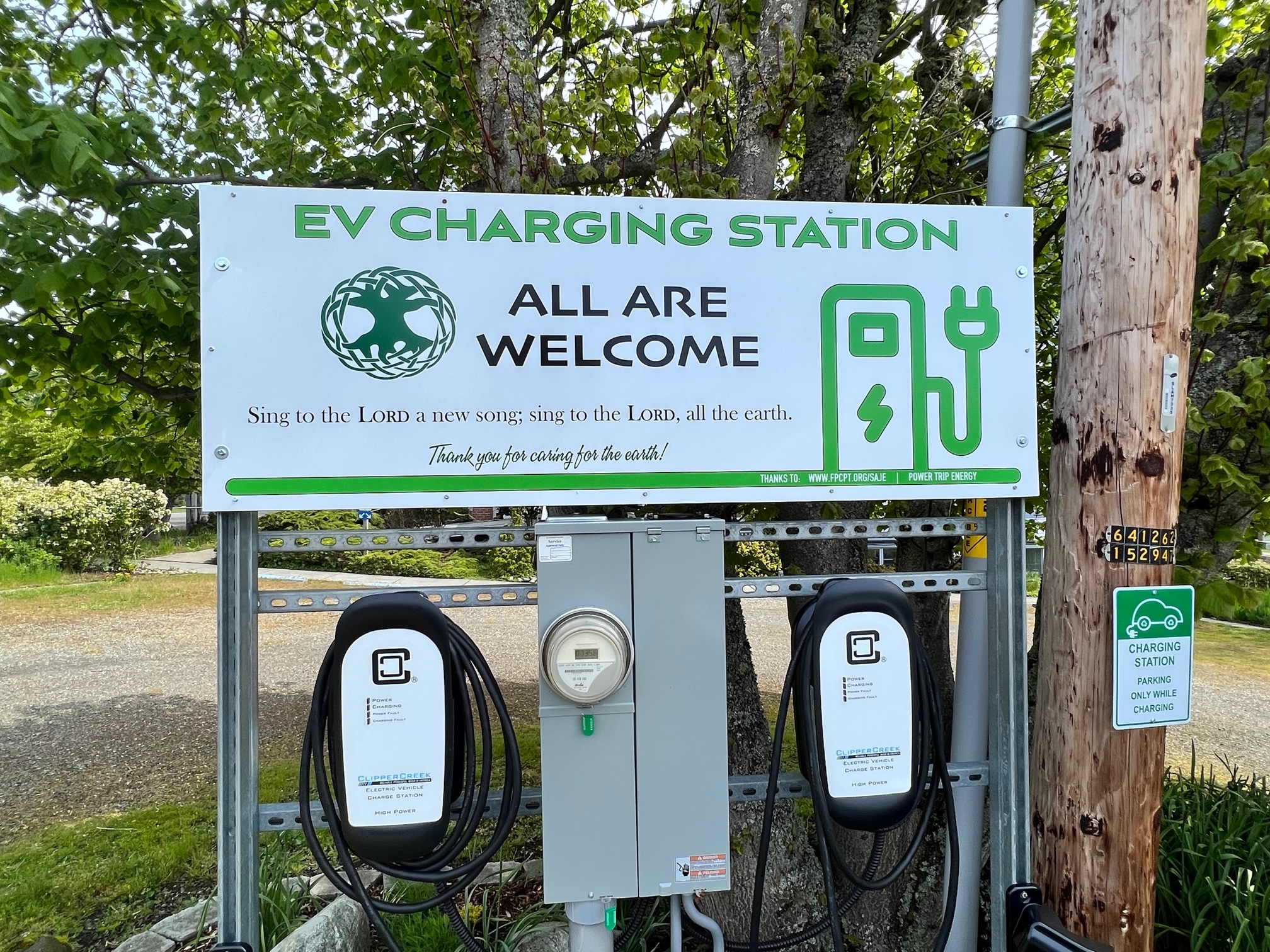 r of the PEC Steering Committee and chairs the PEC Advocacy Committee.  Paul’s love for God’s creation has grown on the beaches, woods, mountains, and waters of California, Hawaii, New Jersey, Utah, and Washington where he now pastors a congregation in the town of Port Townsend.  His concern for God’s creation has grown as he has witnessed our growing ecological crisis. He loves working with his congregation, his colleagues, and his neighbors on bringing healing to the environment and on nurturing a healthy relationship with all life.  In his study of environmental ministry, he has discovered the rich resources the Christian faith offers in this work.  Thanks to the hard work of Holly Hallman, the Port Townsend congregation recently installed two EV charging stations, offering free use as a way to support more people getting EVs and as an outreach to the community.